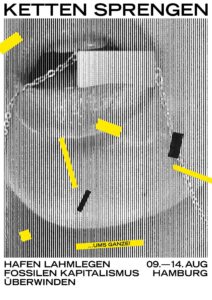 SHUT DOWN THE HARBOUR – BREAK THE CHAINS OF FOSSIL CAPITALISM

„And because a mass movement is not in sight yet, we must at least throw a wrench into the capitalist machine, we must, in order to show the potentials of anti-capitalist struggles worldwide for the future, block the normal execution of what exists. Because without an end, there is no new beginning.“
(From our call to block the port of Hamburg in 2017) 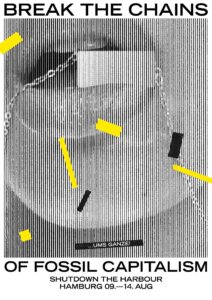 Hamburg, gateway to the world. A world for which ever clearer scenarios of disaster are drawn by the month. A world which is perishing, so that everything can remain as it is. In which goods move freely while people die at borders every day. In which profit is placed above the livelihood of humanity.
To appeal to a government, whose leader compared climate activism to the Nazi rule, is a waste of time. And we don’t have much of that left. Only irreconcilability is appropriate. We therefore call for collective resistance by targeting and disrupting the supply chains in the port of Hamburg.

Around the world. The logistics of capital

Like in a fever dream, capitalism keeps everything moving, everywhere, all the time. Before we can marvel at the immense collection of goods on the shelves, all their individual parts have traveled immense distances. The capitalist profit logic has always sought global organization and expansion of production. This principle took its violent beginnings with colonial wars and transatlantic slave trade. It is still the basis of global shipping and the Port of Hamburg today. Within a short time, capitalism has turned the entire earth into a fossil factory. Waterways, railways and roads connect raw material extraction, production and sales markets.

Logistics enable nearly unhindered competition around the globe. In this system, regions that have centuries of colonial oppression behind them, are still at the mercy of the industrialized nations in the North. Natural resources are extracted in the global South, creating enormous destruction, in order to process them profitably in the North. While tech companies like Apple, Microsoft, and Tesla claim to be mindful of their supply chains, they source coltan from places like the Democratic Republic of Congo, cooperating with warlords who have been proven to use child labor. The containers and automated docks belie the brutality of the market economy. 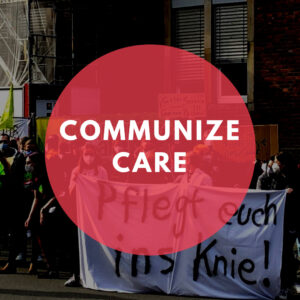 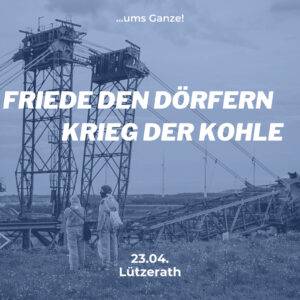